The current real estate market in Carlsbad, California is smoking hot. Inventory is low, and pent-up demand is causing home values to soar.

According to Redfin, Carlsbad home prices were up 29.3% in February 2022 compared to last year, selling for a median price of $1.3M with an average of 10 days on the market. There were 89 homes sold in February this year, down from 126 last year.

According to the latest C.A.R. report,  the median single-family home price in San Diego County increased 19.9 percent to $875,000, while sales fell 6.7 percent year over year.

The market in North County San Diego is very competitive.

According to The Coast News,

“Out-of-state buyers coupled with locals searching for a home have driven prices up well over the asking price, which sometimes translates to hundreds of thousands of dollars.

“Homebuyers became much more aggressive in their offers.  Many of the home buyers in the market had already unsuccessfully (made) offered on homes,” Lund said. “Even after offering 3 to 5% above asking, they were not chosen. The results started to show that winning bids were as much as 10% over the asking price.”

Lund said many brokers were seeing buyers from Los Angeles, New York and the San Francisco Bay Area. By comparison, Encinitas is an affordable place to live. Homeowners get more for their dollar down here.”

Send Us An Email

Meagen H.
This company is awesome. Our experience from the estimate of a full kitchen, master bath and guest bath reno to the... finishing work has been amazing. Hailey...read more

Hannah M.
I could not be more pleased with my experience with mastercraft! From the moment I called for an estimate to the very last... day when they finished my...read more

Mark K.
While there are so many contractors available offering home improvement services. we would not trust anyone else but the... team from Mastercraft. This was the...read more

MIKE R.
I had work done by Mastercraft due to a leak we had. They came out, gave me a quote, and set up an appointment for the work... to be started. Their contractors...read more

Doug O.
We engaged MASTERCRAFT for the remodel of a kitchen and a bathroom. This was a great experience from beginning to end! ... Haley Guinn, our first contact with...read more

Kent M.
Have not used them yet but when ever I call they are grate. Me and the wife need to redo the kitchen and bathrooms soon and... will defiantly use them.read more

Marlene W.
Charlie from Mastercraft Home Improvement was professional when explaining what services I needed for leveling the mobil... home. Ricardo who was the installer...read more

Dorothy W.
I was happy that they came back to my house and made corrections on the water heater with no charge. They were prompt and... courteous. Good customer service.read more 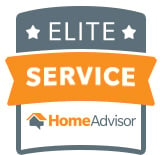